King Sejong the Great, sympathizing wih the lower class citizens who could not read or write Chinese characters, created Hangul (한글). The Hangul alphabet is based on the position of the mouth, lips, tongue, throat, and teeth when each sound is spoken. 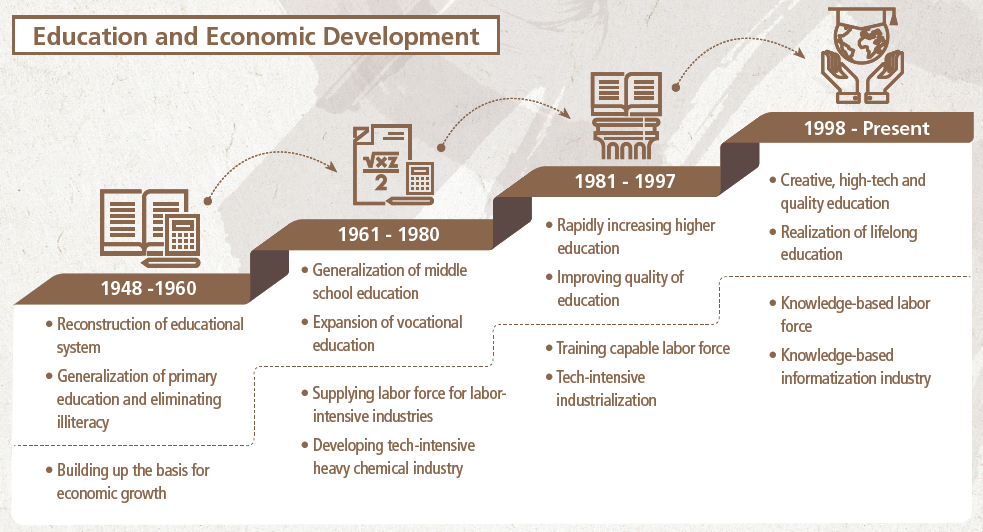 Retrieved from the Ministry of Education.

The BBC documentary above depicts the experiences of 3 students from Wales in the South Korean education system. Each student quickly realizes the taxing demands for an everyday student in South Korea, such as lack of sleep, competition, and private cram schools (hagwon).

The video below depicts the traditional Korean style home called Hanok (한옥). While tile-roofed and thatch-roofed hanoks were equally common, the former were typically noblemen residences while the latter were mostly houses of the commoners in the past. These days, most traditional hanok that are still lived in have modern facilities installed within (KTO, 2018).