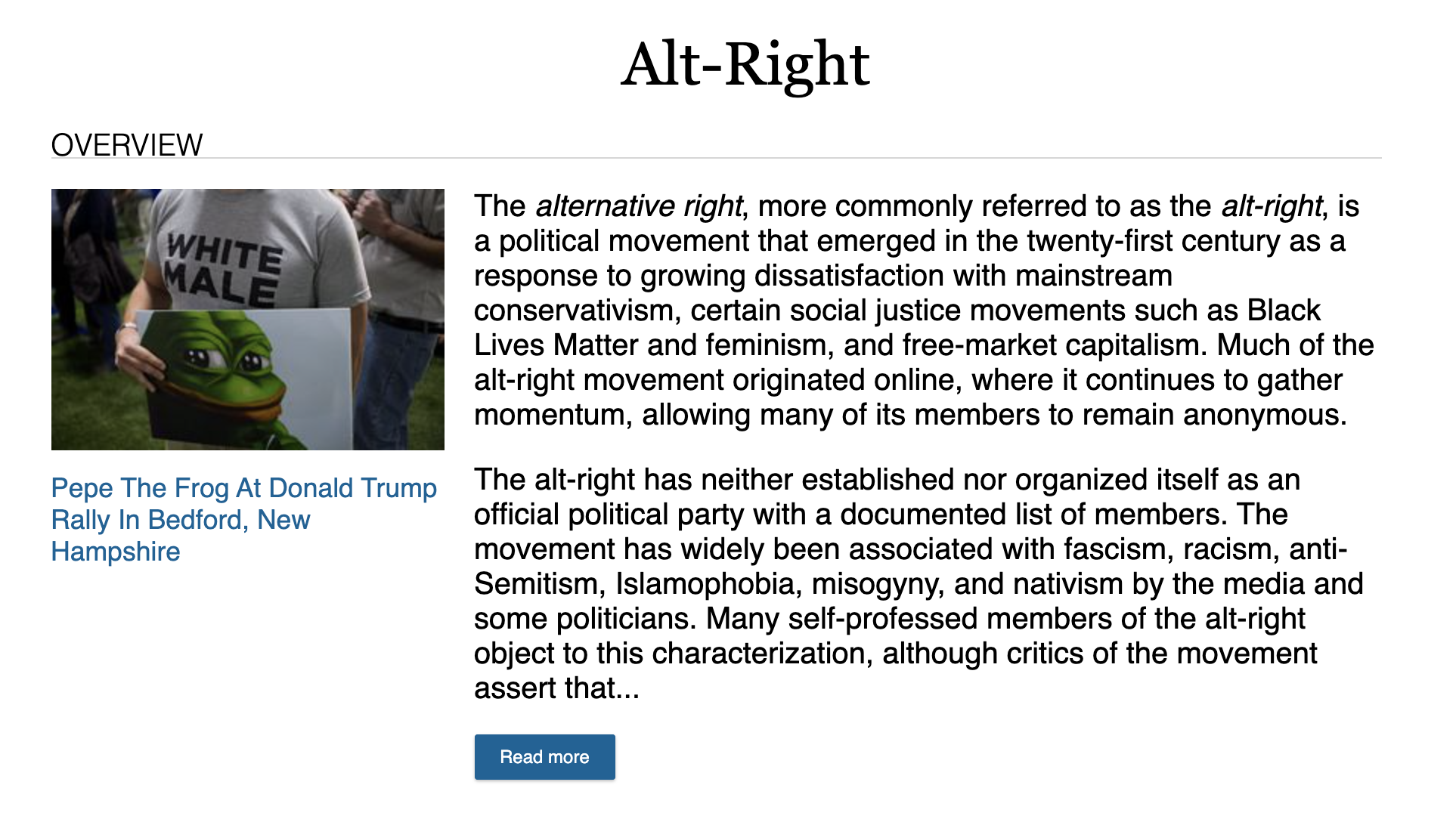 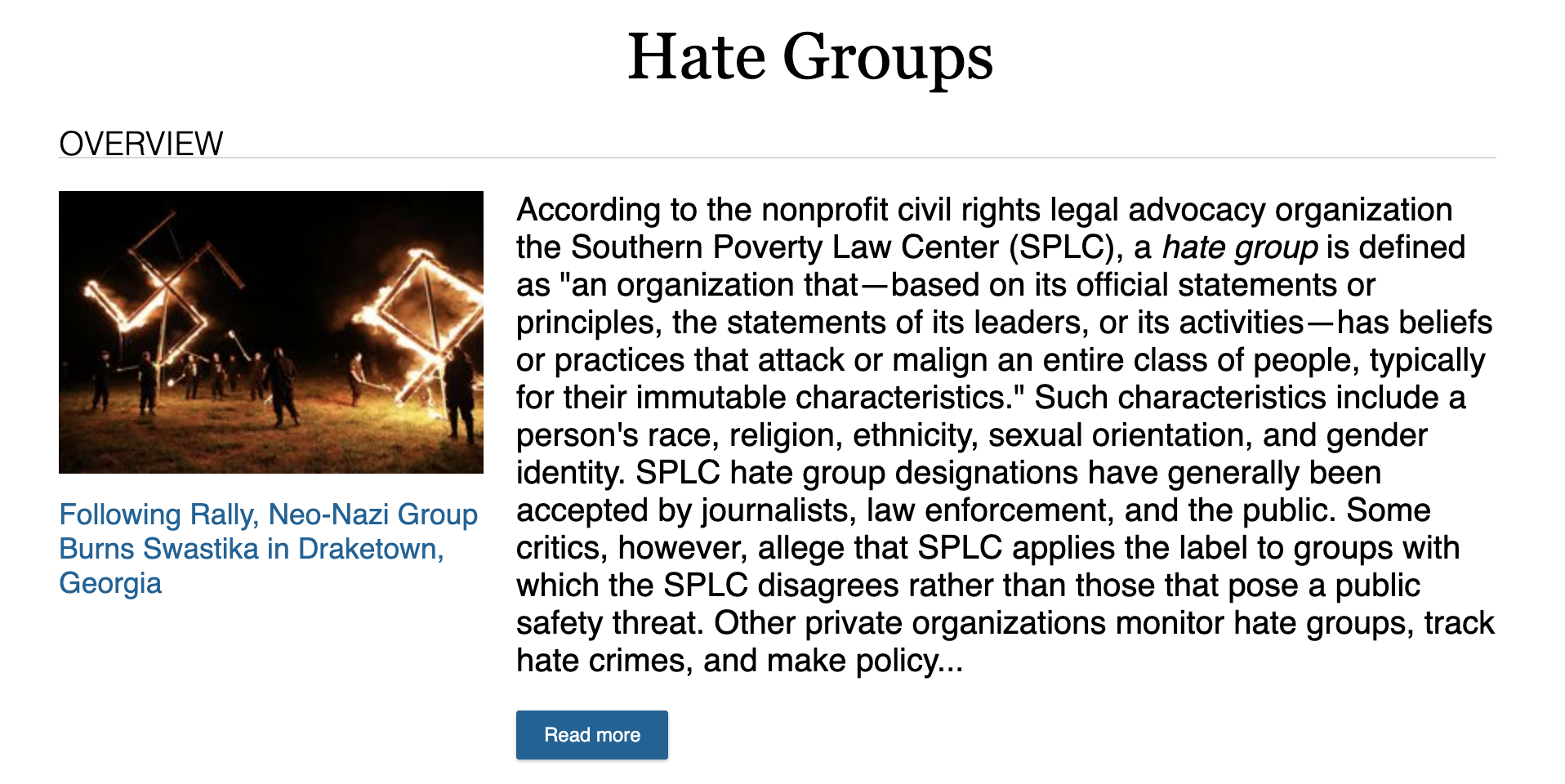 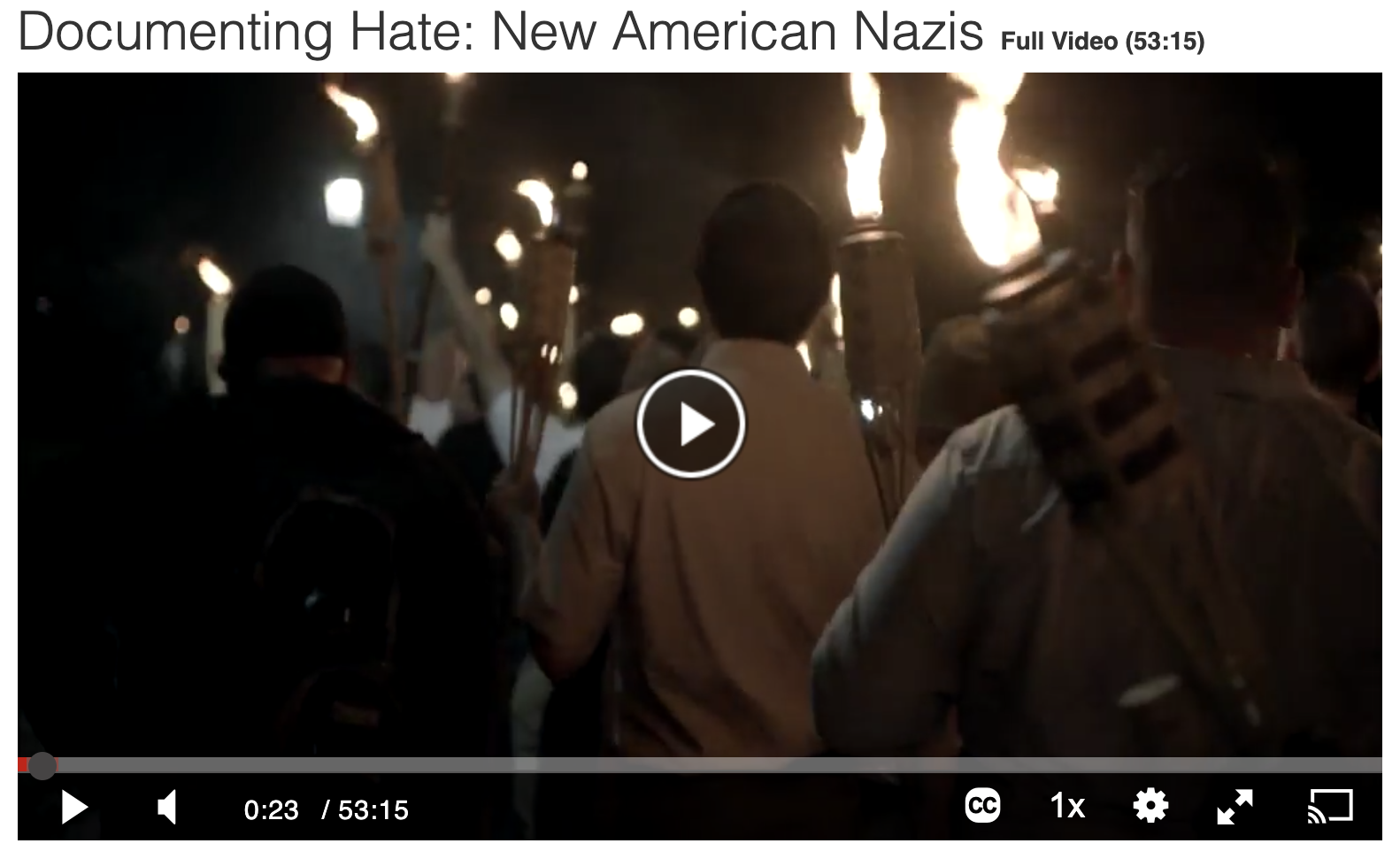 This episode of Frontline exposes a new neo-Nazi group that has actively recruited inside the U.S. military. An investigation with ProPublica's A.C. Thompson shows the group’s terrorist objectives and how it gained strength after the 2017 Unite the Right in Charlottesville rally. 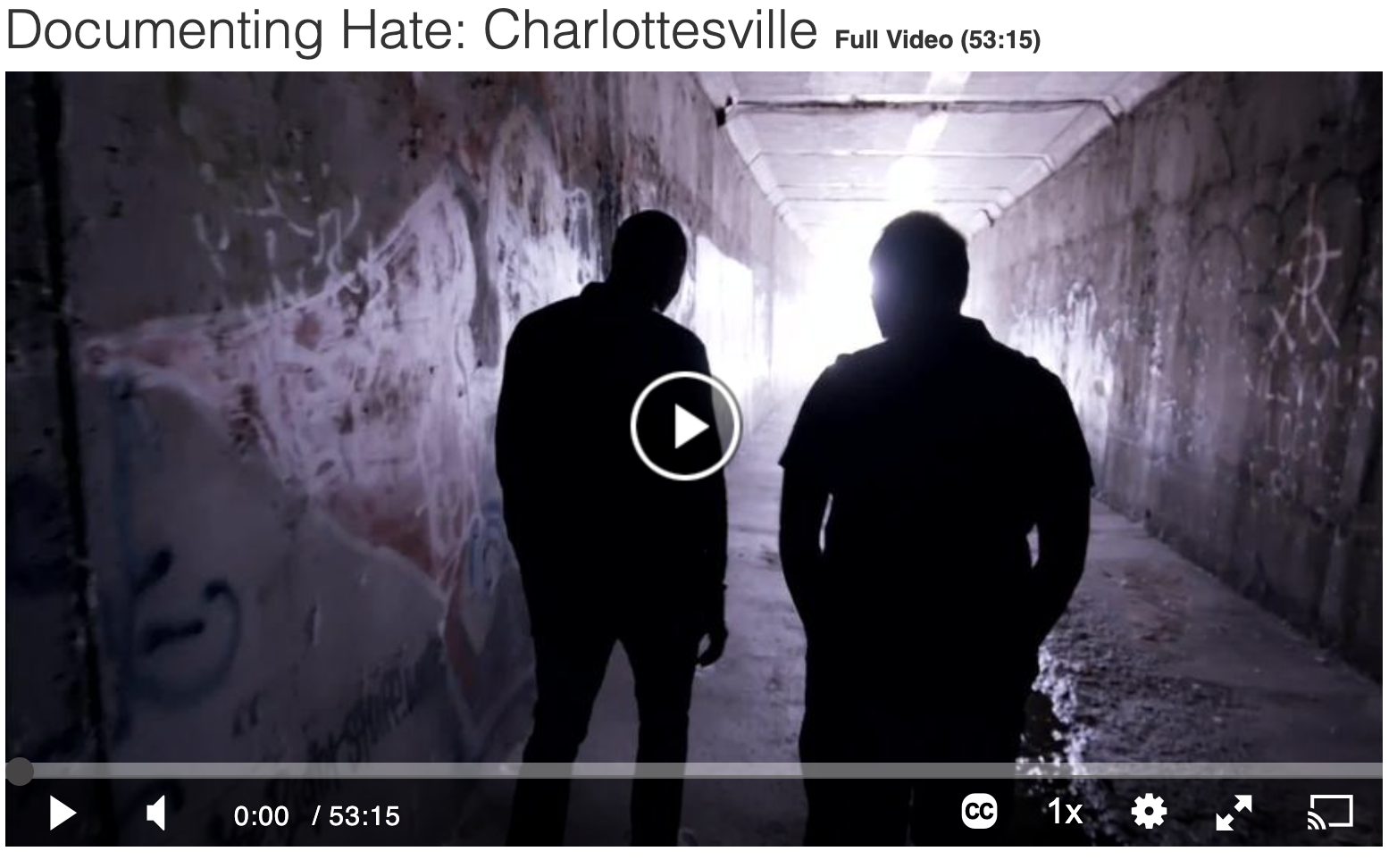 Documenting Hate: Charlottesville is the first in a series of two films from FRONTLINE and ProPublica that investigates and exposes the resurgence of white supremacists and Neo-Nazis involved in the 2017 Unite the Right rally. This film shows how some of those behind the racist violence went unpunished and continued to operate around the country.