On April 2, 1917, United States President Woodrow Wilson addressed a Special Session of Congress to announce that diplomatic relations with Germany had been severed. Wilson proceeded to deliver his 'War Message' which resulted in a vote to enter the first World War 4 days later. The year 2017 marks the 100-year anniversary of the United State's entry into the 'Great War.'

Here is what you can expect to find in this guide:

Also in this Introduction page are the latest headlines in the History department and the Department of History Student Organization (DOHGSA). I invite you to check out the latest information!

This Month Before the Great War

The Second Balkan War Breaks Out 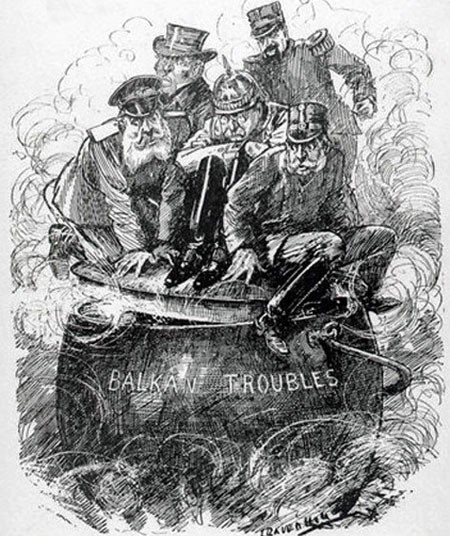 This LibGuide is provided with an Attribution-NonCommercial-ShareAlike Creative Commons license. If you would like to reuse any part of this LibGuide for noncommercial educational or instructional purposes, please contact and credit the guide's creators, Christopher Jimenez, Web Services Librarian at the FIU Libraries, and George Pearson, Reference Librarian at the FIU Libraries, and include a link to this guide.